Last year, as part of a project to upgrade the power plant at Brigham and Women’s Faulkner Hospital, a new fuel storage tank was installed closer to the power plant paving the way for the removal of two 20,000-gallon fuel storage tanks installed in 1976 underground in front of the Emergency Department. The result is a redesigned area in front of the hospital with space for three lanes of traffic entering and exiting the first floor open parking lot and first floor parking garage.

The fuel tanks were buried under the grassy area abutting the ED parking spots. Part of the tanks extended under the sidewalk leading to the first floor parking garage and Belkin House entrance. When they were removed, work needed to be done to fill the void left by the tanks, creating an opportunity for improvement.

“We decided to take advantage of the disruption and add an additional drive lane which could be used as either an entry or an exit,” says Parking Manager David Haggerty. “With the old two-lane system, any delay in processing tickets—like a mechanical issue or user error—would cause traffic issues at the gates. This new lane will allow us to have two lanes operating as either entry or exit, depending on demand. This will allow us to expedite traffic through our gates.” 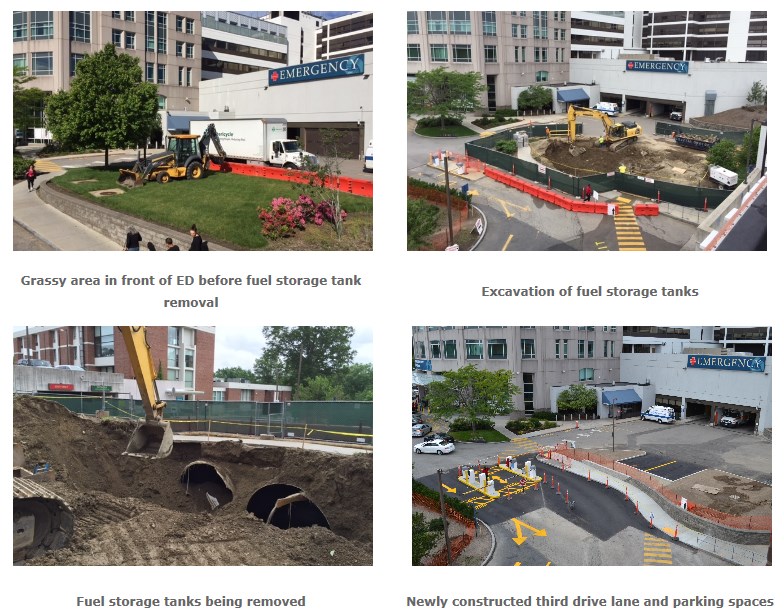