The eustachian tube is a small canal that connects the middle ear to the back of the nose and upper throat. It serves as a mechanism to equalize air pressure in the middle ear with outside pressure. Eustachian tube dysfunction (ETD) occurs when the tube fails to open (stuck closed) during swallowing or yawning resulting in a difference between the air pressure inside and outside the middle ear. This condition, mostly commonly seen in young children, can cause ear pain and sometimes difficulty hearing.

If medical treatment fails or symptoms recur, surgery of the eustachian tube may be indicated. 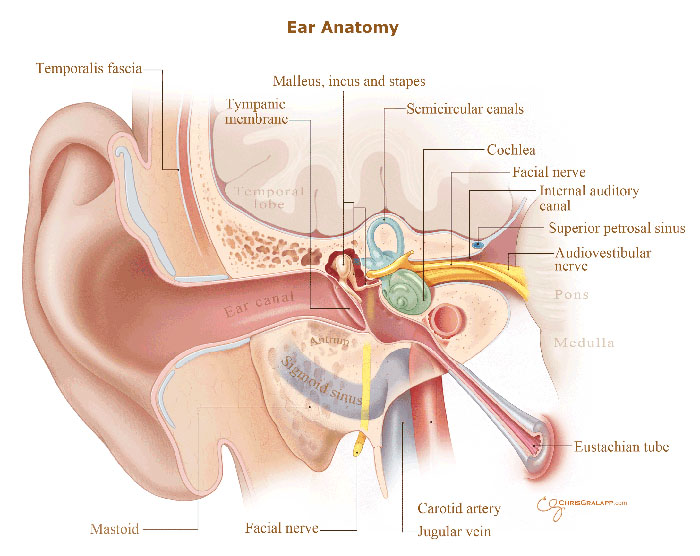 Patulous or patent eustachian tube dysfunction occurs when the tube fails to close and remains open (stuck open or patulous). The open eustachian tube allows sounds to be transmitted directly to the middle ear, for example, patients experience autophony (the hearing of self-generated sounds including one’s own breathing, voice, or heartbeat).

You will receive a thorough diagnostic examination to evaluate if you have eustachian tube dysfunction and determine what course of treatment is needed. Careful monitoring and the involvement of an experienced otolaryngologist are important to the successful outcome for patients with ear, nose and throat disorders and conditions.

The day of surgery, you will be taken care of in the operating room by otolaryngologist, anesthesiologists and nurses who specialize in surgery for patients with eustachian tube dysfunction. After surgery, you will go to the post-surgical care unit where you will receive comprehensive care by experienced surgical and nursing staff.

Brigham and Women’s Faulkner Hospital provides a multidisciplinary approach to patient care by collaborating with colleagues who have extensive experience in diagnosing and treating ear, nose and throat disorders and conditions. In addition, patients have full access to Brigham and Women's Hospital's world-renowned academic medical community, with its diverse specialists, and state-of-the-art facilities.