When an injury turns into a life-changing opportunity 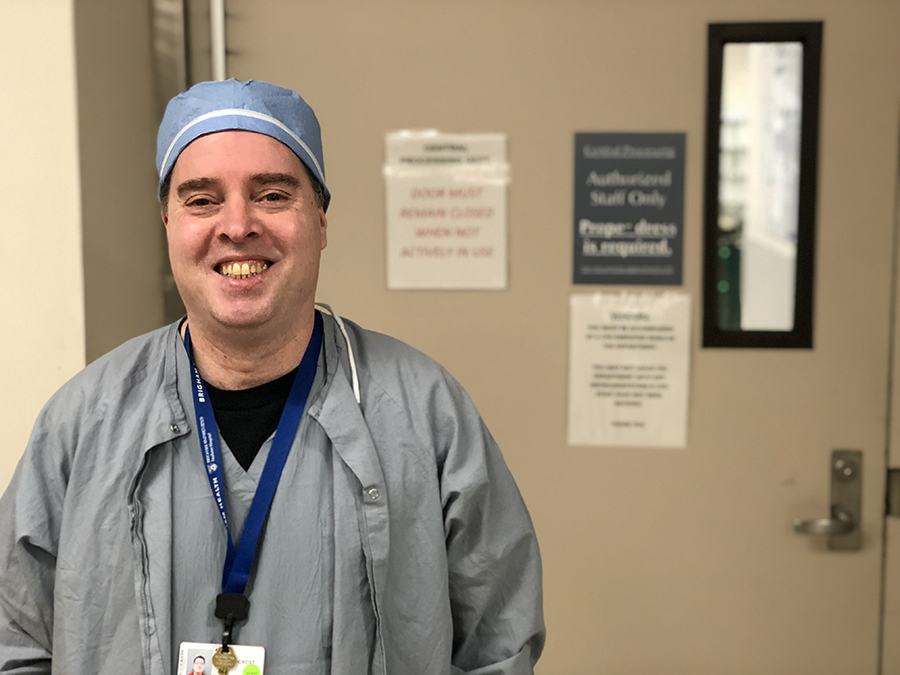 After just three months on the job, working as a decontamination tech in the Central Patient Transport Department at Brigham and Women’s Faulkner Hospital, Chris Fennell suffered a devastating injury that would ultimately change the course of his career path, for the better.

“I had a herniated bulging disc in my neck,” says Fennell. “I was out of work for about a year, and I needed physical therapy, then surgery and then more physical therapy to get back in shape.”

When he started to feel better physically, Fennell was faced with figuring out his next step career-wise. Suzanne Young, NP, from Occupational Health Services here at BWFH, recognized Fennell’s potential and helped to introduce him to the Central Processing Department (CPD). He soon took a course and did training in BWFH’s CPD to become a tech. He started in an uncertified entry-level position but soon decided to further his career and earn his Certified Registered Central Service Technician (CRCST) certification.

Through his workers compensation benefit, Fennell was able to take advantage of tuition assistance to earn his CRCST in September of 2019. Since then, he’s become a rising star in CPD.

“There are hundreds of instruments and kits that you have to learn, but I like that part,” says Fennell of his new role. “It’s a challenge.”

Fennell’s eagerness to learn is clear to Central Sterile Evening Supervisor Didier Tadida. “He really wants to learn and he’s really engaged,” he says. “He is very smart. He listens, and he makes sure he is doing exactly what he has been asked to do.”

During this particularly busy fall, Tadida says Fennell has been an integral part of the team. “Somedays I don’t know that we would succeed without him. He is calm under pressure and willing to work hard,” he says.

For Fennell, going to work each day is now much more fulfilling. “I definitely see this as a career,” he says.

Tadida, too, see big things in Fennell’s future. He’s quickly moving up the ladder from entry-level work to more complex instrumentation. “He’s a good guy and I am glad to have him on my team,” says Tadida.