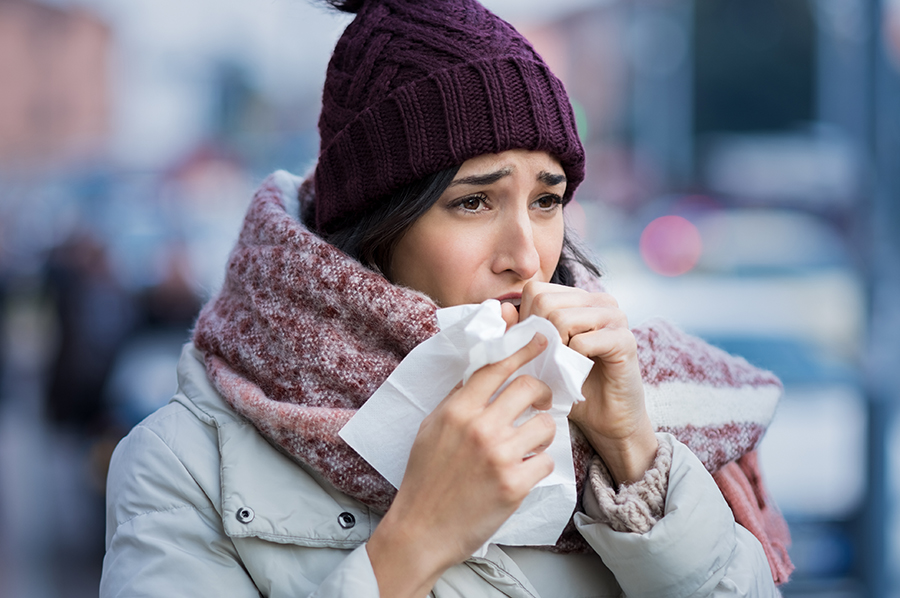 The coughs, the runny noses and the achy muscles that have come to define winter flu season in our collective consciousness may seem like a distant memory in the summer heat. However, since August is National Immunization Awareness Month and flu season is on the horizon, summer is actually the best time to review the importance of annual influenza vaccinations. In anticipation of the release of the 2018–2019 flu season vaccine, Mariel Bailey, MD, MEd, from Brigham and Women’s Family Care Associates at Brigham and Women’s Faulkner Hospital explains some of the key reasons to receive your flu vaccine this year, and some common misconceptions about the annual flu shot.

“For most people who are hit with the influenza virus, they’ll have fevers, cough, runny nose and muscle pains for a few weeks, and then recover,” says Dr. Bailey. “However, one of the main reasons your primary care provider recommends the flu vaccine every year is because of the flu’s potential for terrible complications, especially when it spreads to the very young or elderly.”

In fact, according to the Center for Disease Control, every year millions of Americans get the flu, hundreds of thousands are hospitalized for it and tens of thousands die from flu-related complications.

Dr. Bailey says people with pre-existing heart disease, lung disease, liver disease, kidney disease or diabetes are at increased risk for serious complications of the flu, and should receive the flu vaccine as early in the season as possible. Additionally, pregnant women should also receive the vaccine, as well as children over 6 months old and anyone who interacts with young children.

“I’ve heard some patients tell me that they fell sick from the flu after getting the flu vaccine, which I think is very important to address,” says Dr. Bailey. “The injected flu vaccine is an inactivated form of the flu virus, and does not cause the flu. It is possible that you could have a small immune response to this vaccine which can cause transient muscle pains, but the vast majority of people who receive the vaccine do not have any symptoms or side effects from it. Additionally, there was a recent study published in the journal Vaccine that compared people who received the flu vaccine to those who didn’t, and this study showed that receiving the flu vaccine decreased the likelihood of being admitted to the hospital with flu and placed in a general ward bed by 32 percent. Flu vaccination was even more effective in preventing the most severe forms of flu and reduced the risk of being admitted to an ICU with flu by 82 percent.”

Dr. Bailey’s recommendations are simple: Everyone 6 months and older should receive the influenza vaccine on a yearly basis. She stresses there are very few contraindications to receiving this vaccine. “Unless you have specifically had an anaphylactic reaction to the flu vaccine in the past, you should receive this vaccine. If you have a severe anaphylactic reaction to eggs, there is a different form of the flu vaccine that you can receive that is not made with any egg products and is safe for patients,” says Dr. Bailey. “Even if you are not one of the people whose health conditions put them at increased risk for complications related to the flu virus, you can still get sick, and you can spread the flu to others you interact with. Given the effectiveness of this vaccine in preventing flu, as well as decreasing the severity of the flu virus for anyone unlucky enough to catch it, I believe it is an excellent way to maintain your health and the health of those around you each year.”