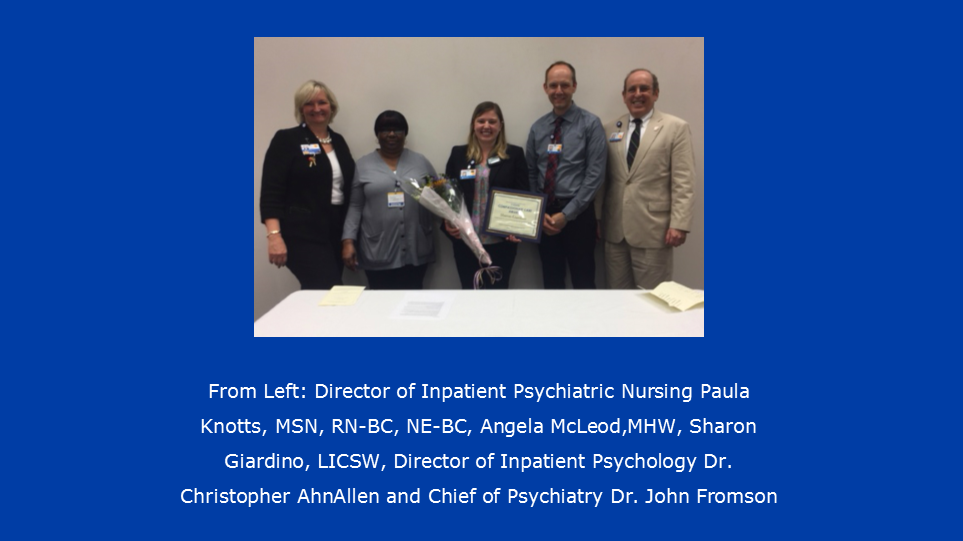 “We created the award to recognize colleagues on 2 South who have distinguished themselves as truly committed to compassionate care,” says Director of Inpatient Psychiatric Nursing Paula Knotts, MSN, RN-BC, NE-BC. “The 2 South nominees are chosen by their peers because they communicate in a sensitive manner, listen carefully, provide emotional support and instill hope.”

Giardino was selected by a committee of her peers for the award because she respects the values and cultural backgrounds of her patients and understands the significant role that a patient’s family and community play in their recovery.

Also at the ceremony, Director of Inpatient Psychology Dr. Christopher AhnAllen gave opening remarks about compassion and led a mindfulness exercise on self-compassion. Volunteer and Patient and Family Advisory Council member Judy Ashton also spoke about compassion and praised the staff at BWFH for their consistent demonstrations of the best kind of compassionate care that is nonjudgmental, instills hope and is not reactive.