With support from the Brigham and MGB, OR operations continue at BWFH during sterilizer downtime 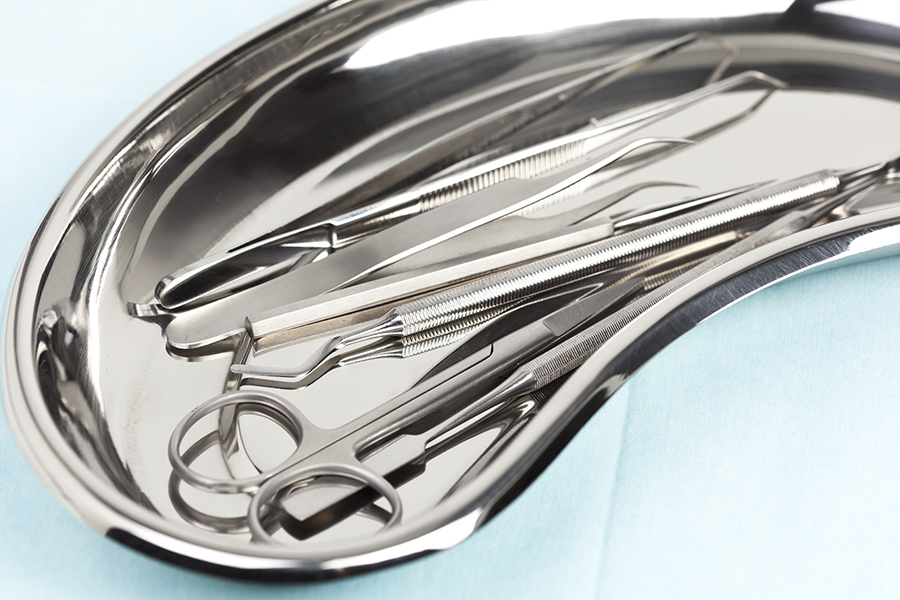 It started with unusual stains on green surgical towels. Within 24 hours, surgical teams at Brigham and Women’s Faulkner Hospital were opening instrument trays in the operating room and finding water stained or wet instruments—a major risk to patient safety.

“At first, I just prayed,” says Central Processing Department (CPD) Supervisor Jose Zayas, who was on duty that day. “Sara Lourie, our manager, was away on vacation and I had to stand up in front of a group of doctors and tell them we couldn’t safely prepare the instrumentation they needed for their scheduled surgeries. That was one of the hardest things I have ever had to do working in this field.”

Immediately, with help from Facilities and Biomedical Engineering, the team set to work to identify what had gone wrong with the sterilizer. In the meantime, there were patients who needed care. That’s when colleagues at both Brigham and Women’s Hospital and Mass General Brigham stepped up.

“When we had a flood in our CPD, our colleagues at BWFH went above and beyond and processed our instrumentation. There was no question we would do the same for them if and when the time came,” says Sage Frady, Operations Director for CPD at the Brigham. “When I got the call that they were experiencing a crisis, I knew we would do what we needed to do to help them. But I must say, we could not have made it happen without the help of Mass General Brigham Transportation Director Tracey Ritucci. She allowed us to use her trucks and drivers to make sure that this whole process happened.”

Because the two departments had collaborated in the past, they were able to quickly come up with a process in which CPD staff at BWFH packed the instrument trays and loaded them onto trucks supplied by Mass General Brigham Transportation. When the trucks arrived in Longwood, the Brigham CPD took the trays and ran them through their sterilizer and loaded them back on the Mass General Brigham trucks which took the trays back to BWFH.

“Jose took the reins and started this whole process. He called the Brigham’s Quality and Compliance Education Manager Patricia Boone and came up with a quick plan, reversing the process she and I implemented when the Brigham experienced a similar downtime as the result of a flood,” explains Sara Lourie, CPD Manager at BWFH. “At first we didn’t know how long our sterilizers would be out of commission. We initially thought it would be just a short time, but as time went on and Facilities and Biomedical Engineering from both BWFH and the Brigham worked to resolve the issue, we started to understand that we didn’t have an end in sight.”

About three weeks in, the team hit a snag. “I am very proud of our team and the nursing team who employed our Stop the Line Policy that day. We had the instrumentation we needed to start our cases that day, but we just didn’t have enough instrumentation back on our campus in the event that it was needed. It was a matter of patient safety and we had to take a pause. That’s when we knew we had to create a much more formal process and improve our communication,” says Lourie.

That more formal process and improved communication actually included reducing the number of runs back and forth that Mass General Brigham Transportation drivers were making, but ensuring the right instrumentation was sent for sterilization on each trip. It also meant regular updates to hospital leadership and the surgical team so that they were aware of exactly what was going on.

Throughout the six-week ordeal, the Brigham CPD team processed 120 trays a day on average resulting in just ten surgeries needing to be cancelled. A feat that impressed leadership on both campuses.

“The BWFH team’s ability to swiftly adapt and improvise during this crisis was extraordinary,” says Samantha Rowley, Vice President of Perioperative Services at the Brigham. “The partnership and cross campus collaboration, while keeping safe patient care as the top priority, was a true testament to both teams and their leadership.”

Kelly Duguay, MBA, Director of Perioperative Business Services at BWFH, adds, “The CPD teams did exceptionally well navigating through this long crisis. We are so grateful for the assistance the main campus was able to provide and will always reciprocate when they are in need.”

For BWFH’s Vice President of Clinical Services Susan Dempsey, watching the two teams work so well together was inspiring. “I am so proud to have witnessed our collective staff’s commitment to doing what’s right for our patients during this very difficult time,” she says. “I was impressed with the agility of the Brigham CPD team who were able to take us on for such an extended period. And of course, CPD leadership and staff here at BWFH ensured trays were packed and ready to ship to BWH while continuing to perform their other usual work. The extraordinary teamwork extended beyond CPD. The Mass General Brigham Transportation team were willing to step up and give us whatever we needed. Tracy Ritucci’s Mass General Brigham Transportation staff worked seven days per week, volunteering shifts on weekends to ensure no interruptions to our process. Our Facilities and Biomedical Engineering teams worked tirelessly to get our sterilizers back up and running. This experience has truly been the definition of teamwork.”