After a year-long planning and implementation phase, the grossing room in the main laboratory at Brigham and Women’s Faulkner Hospital has been renovated. The new space is not only larger, but it includes state-of-the-art equipment.

The grossing room, which is located just off the operating room, is where pathologists process specimens removed during surgery. Anatomic pathology also includes the examination of these specimens and diagnosis of disease by a pathologist.

Laboratory Director Rachel Ambacher explains that with increased surgical volume came the need for more space. “It’s amazing what they were able to do in that old grossing room,” she says of the small and outdated space. “But we really needed more space to keep up with the OR.”

The renovation of the grossing room was a part of BWFH’s 2018 Strategic Goals, falling under Care Redesign & Innovation. “I really believe we met the goals of improving quality, efficiency and access with the opening of this new space,” says Chief of Pathology Dr. Steve Pochebit. “With increased OR volume comes increased specimens but the technology we’ve added will allow us to more quickly examine specimens using the same quality and safety standards that we’ve always strived for.”

Anatomic Pathology Operations Manager Kimberly Noble, PA, ASCP, took the lead on the design. “It was quite the project to take on,” says Ambacher. “We had to complete the renovations in phases so as not to disrupt the flow of work. It meant everyone had to be flexible, but it is well worth it seeing the new space.”

Later, the Merz Conference Room also received a facelift. During the grossing room project, the conference room was used as touchdown space for the pathologists displaced by the construction. The room then got new wood work and new flooring and is once again available as conference room space. 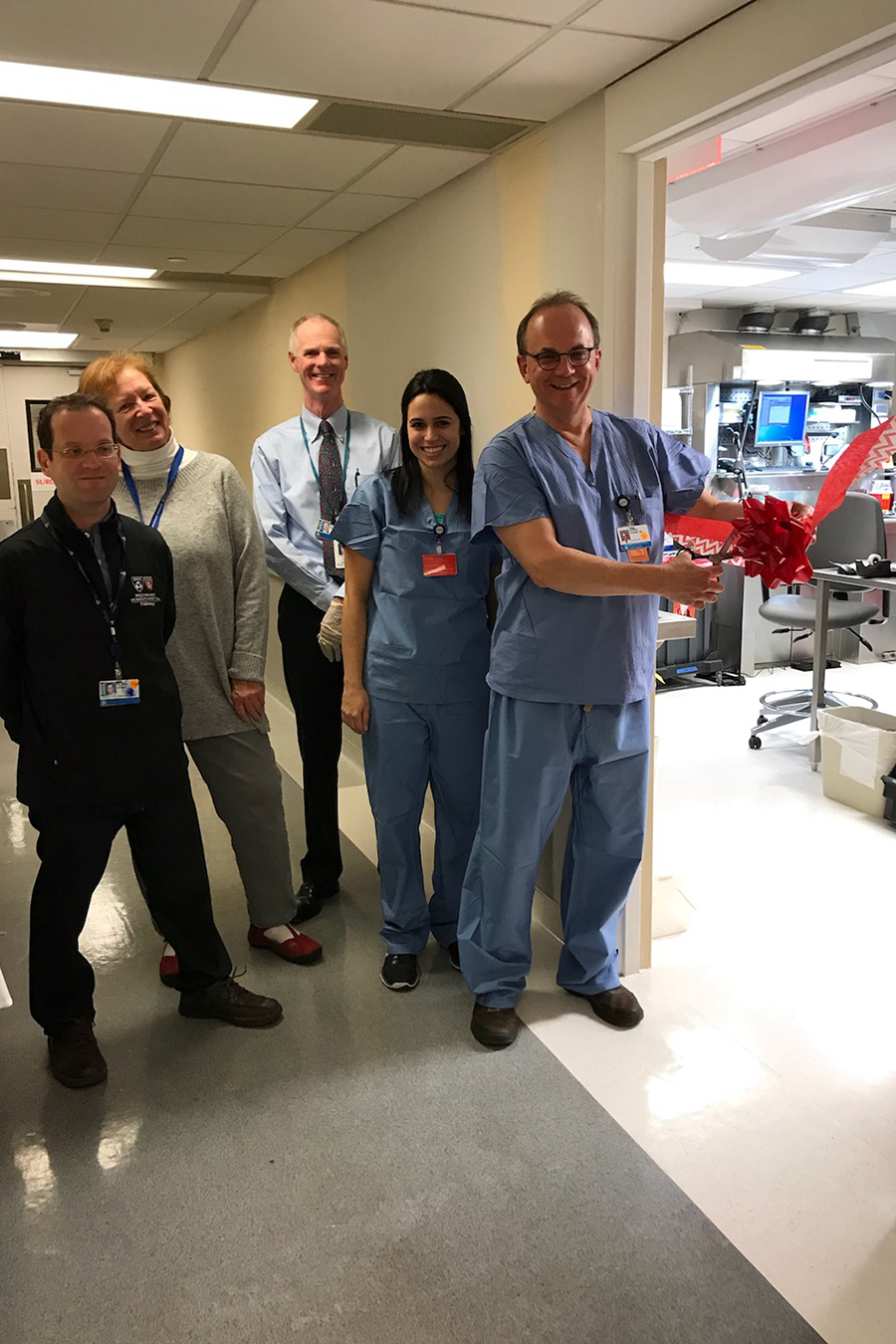