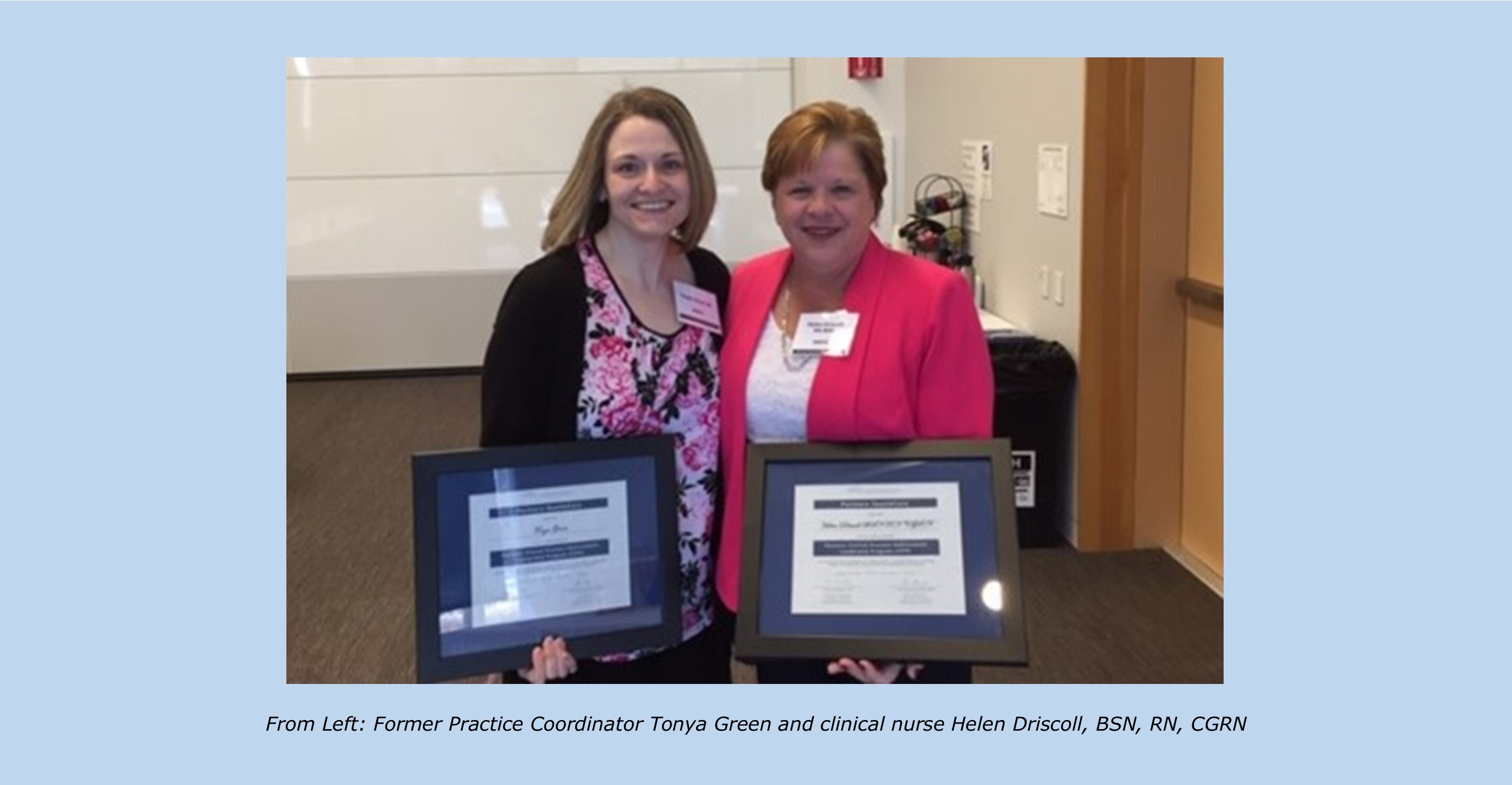 Partners’ Clinical Process Improvement Leadership Program (CPIP) is designed to engage clinical teams in the use of process improvement tools to reduce variations in care and improve outcomes for patients. This program gives participants the tools they need to evaluate and improve a process at their own institution, within the span of four months. Recently, a team from Brigham and Women’s Faulkner Hospital’s Gregory Endoscopy Centre took part in the program.

“Our nurses and doctors have noticed that the quality of bowel preparations in our Spanish-speaking patients has not been as satisfactory as those who speak other languages. In some cases, our Spanish-speaking patients have had their test rescheduled so that they can repeat their bowel preparation correctly on another day,” says Green who now works in the Outpatient Infusion Center as the Booking Coordinator. “Prepping for a colonoscopy is a big deal as it requires fasting from the time you wake up in the morning until after the procedure, which can be as long as 32 hours for some patients. Only clear fluids can be consumed and large quantities of laxatives must be taken. It requires patients to miss work the day they do their prep as well as the day of their procedure. To have your test rescheduled because of unsatisfactory bowel prep means these patients are now missing four days of work and enduring the unpleasantness of bowel prep twice. And it’s all because the language barrier made it difficult for them to follow proper instructions.”

During CPIP, Driscoll and Green compared data for good- and better-quality bowel preparation for the Gregory Endoscopy Centre in general, which was 89 percent, and compared that with good- and better-quality bowel preparation for their Spanish-speaking patients, which on 74 percent. They then looked for a process improvement tool that would help them improve rates for their Spanish-speaking patients.

“Our goal was to improve bowel preparations by five percent,” explains Green. “We tried multiple interventions to achieve this goal. The first intervention we tried was to adopt new bowel preparation instructions for both English- and Spanish-speaking patients. These instructions were written in English, but contained pictures of the items that needed to be purchased for the bowel preparation. Our second intervention was to provide these instructions in Spanish to all Spanish-speaking patients. This had a large impact. Our third intervention was to complete pre-procedure calls to explain the process and to tell people how long they needed to fast and to tell them what they needed to take. This was less successful as we found few patients answered these calls.”

Ultimately, the team was able to improve rates by three percent. Going forward, the Gregory Endoscopy Centre will continue to offer bowel preparation instructions in Spanish to their Spanish-speaking patients.