From the ice to the gym, physical therapist uses his experience as an athlete to inform his work at BWFH 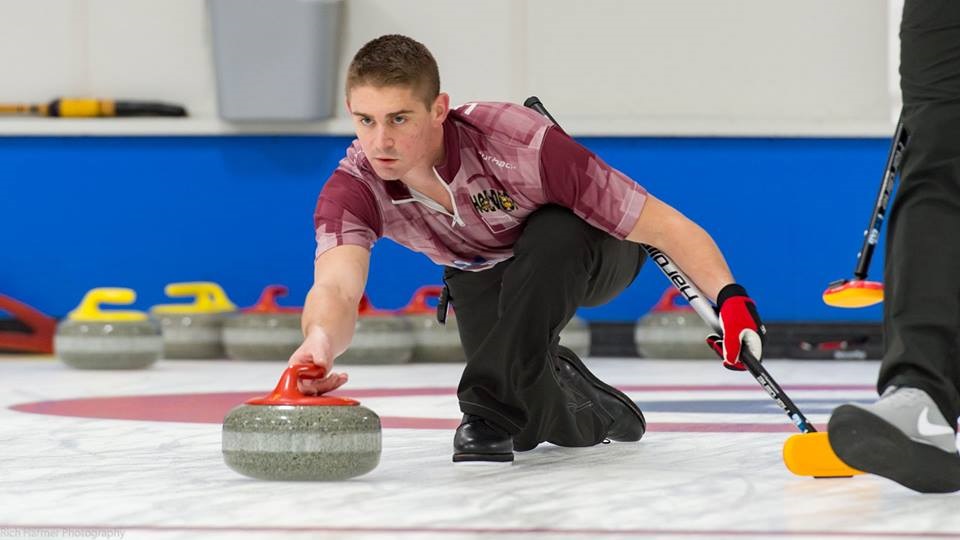 Jared Wydysh, PT, DPT, CSCS, grew up competing in all kinds of sports, including soccer, swimming, alpine skiing, tennis and lacrosse. At the age of seven, he found curling and went on to compete in three junior nationals and four men’s nationals. When he wasn’t competing on the curling sheet he found time to study for and become a physical therapist.

“I was an athlete growing up and had experienced some injuries as a kid that required physical therapy,” he says. “Through that introduction, I realized that it was a career that would allow me to be active, but also fulfill my interest in medicine.”

Since joining the Department of Rehabilitation Services at Brigham and Women’s Faulkner Hospital in September of 2018, Wydysh has continued to compete in curling, most recently in a semi-competitive tournament in Ottawa, Canada, where his team came in fourth out of 100 teams. “I like the travel. I’ve seen much of the country because of curling and been all over Canada,” he says of his sport. “I’ve also met a lot of great people and made some life-long friends.”

In addition to the travel and social aspects, Wydysh says curling competitively has also informed his work as a physical therapist. “Being an athlete really helps in my job,” he says. “I have a sense of what patient athletes need to get back to competitive form. I understand their physical demands. We can work on basic level movements and then integrate those movements into athletic functional activity.”

Likewise, being a physical therapist has an impact on his personal training. “I am more methodical about my own workouts and what is going to help my performance,” he explains. “My training gave me a good biomechanical understanding that translates to more a specific exercise regime. I know which specific exercises are going to help in my sports.”

If you’re experiencing the aches and pains of a demanding training regime, schedule an appointment with Jared Wydysh, PT, DPT, CSCS, or one of his colleagues in the Department of Rehabilitation Services at Brigham and Women’s Faulkner Hospital by calling 617-983-7271.