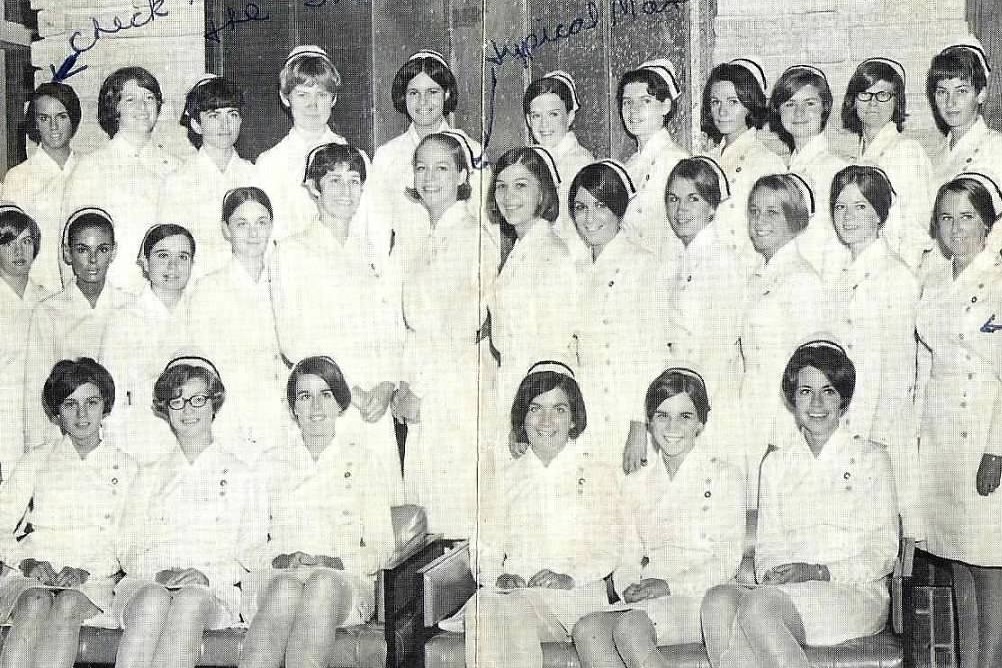 Faulkner School of Nursing Class of 1969

In 1969, after graduating from Faulkner Hospital’s School of Nursing, a group of young women began their careers as nurses. With the foundations learned in school, they developed professionally and explored the various specialties within the field of nursing, from education to the OR to the Boston Shelter for the Homeless to running a cardiac unit. Through it all, their focus was on caring for their patients and each other.

“Our group of friends actually all met in 1966 when we began our nursing education,” says Anna Loring DiVecchio. “We lived together and we worked together. To this day, we’re like a family.”

Over the years, DiVecchio has taken on the role of leader, organizing yearly reunions for roughly the past ten years and many small informal gatherings throughout the year on Cape Cod. But this year was special. In honor of their 50th graduation anniversary, a group of ten former classmates recently gathered to reminisce and catch up.

Over the course of five days on the coast of Maine, the group of friends cooked together, laughed together and even went lobstering together! It was a time to reflect on the way things were and how far they have all come.

“Politically it was a time of student unrest,” says Meredith Harris. “While our high school classmates were exploring and protesting a free and evolving world, our focus was the art and science of nursing that was structured by weeknight study hours and 10 pm curfews. Dorm mothers monitored our whereabouts and studying. Nursing became our lives: nursing science, nursing fundamentals and nursing professionalism. The school classrooms and offices were attached to our dorms, just down the hill from the hospital in what is now Belkin House. Some weeks we never left Centre Street.”

Despite the rather confined life they lived as young nursing students, this close-knit group of friends spread their wings upon graduation. “We smoothly transitioned into graduate positions in operating rooms, critical care, oncology and comfortable medical-surgical nursing units,” says Harris. “Many continued their nursing education, earning new credentials and degrees. But, as our nursing practice became more diverse and specialized, our care and support of each other through the years was constant.”

Now, fifty years since graduating from Faulkner Hospital’s School of Nursing, that care and support of each other is as important as ever. In the past ten years, the group has lost two beloved friends to prolonged and unrelenting illnesses. “We took care of them both right up until the end,” says DiVecchio. “We all chipped in, taking turns being by their sides to support them and their families.”

DiVecchio, who is one of two of the classmates who still works per diem, says the bonds formed during their time at Faulkner’s School of Nursing are unbreakable. “We are like sisters,” she says. 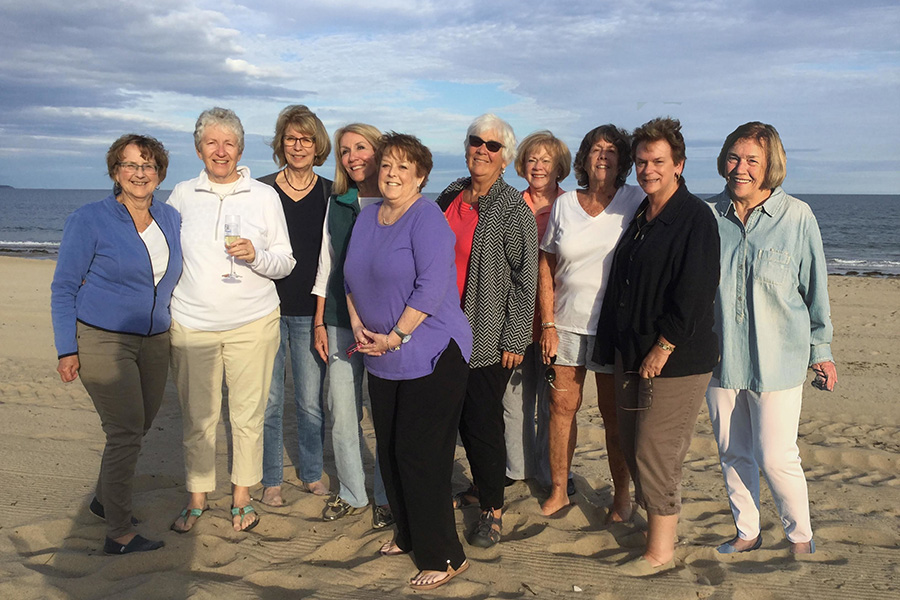