As part of our Strategic Goals, Brigham and Women’s Faulkner Hospital is committed to creating an engaged workforce that embraces and drives organizational goals and change. One way in which we are working toward that goal is by recruiting, training and supporting new directors, managers, supervisors and front line staff in new or expanded roles. As a result, three familiar faces have recently taken on expanded roles within the hospital.

Before becoming a nurse practitioner, Anglin was a travel nurse and later a staff nurse at Brigham and Women’s Hospital. After 10 years as an RN, she went back to school to become a nurse practitioner in adult medicine. She was hired by BWFH in 2010.

She recently took on a new challenge here at BWFH as Chief Advanced Practice Provider (APP) on the Medicine service. The new role allows her to continue providing care for inpatients and take on administrative responsibilities. The team consists of nurses, APPs, physicians, social workers, case managers and pharmacists, all collaborating to provide the best care for patients.

“As a nurse practitioner, it’s important for me to continue to be involved in daily patient care. When I accepted this new role, it aligned with my goals to grow professionally by increasing my administrative skill set, without losing my clinical skills. I look forward to growing as a leader and a mentor. I feel confident that I can be an available and valuable resource to fellow APPs,” she says of her new position. “I’ve enjoyed being able to interact, collaborate and problem solve directly with senior leadership. It’s rewarding to work alongside fellow passionate providers as we all share the same goal: improve patient care and patient safety.  While this role is new to me, I feel incredibly supported by colleagues and leadership.”

Cyr holds a bachelor of science degree in Health Sciences from Ithaca College. She is currently studying to earn her master of healthcare administration at Boston College. She was previously Operations Coordinator for the Ambulatory Departments at BWFH.

In her new role as Senior Project Manager for Brigham and Women’s Hospital Revenue Operations, Cyr specifically works with BWFH. “I am the go to point person if anyone at BWFH is having billing, charging or revenue problems. This includes reporting on denials, workflow analysis, referral/authorization management and strategies to increase BWFH hospital revenue,” she explains.

Cyr says of her new challenge, “I took on a new role to expand my horizons in healthcare. There is a lot that goes on with hospital billing and I was intrigued with the processes behind it. Over time even the small things (in this case, charges and dollars) can add up and make a difference.”

Recently, she took on an expanded role as part of the 6 North triad alongside Erin O’Fallon, MD, MPH, and Suzelle Saint-Eloi, MS, RN. The triad is designed to foster collaboration between nursing and medicine providers. On 6 North, that means promoting the unit’s initiatives and communicating those initiatives throughout the FACT team.

“I’m still learning my new role,” Mogensen says. “But so far, I enjoy hearing about new projects the nursing staff is working on, creating new initiatives for the medicine teams and working to implement them across the two groups. Right now, we are working on early discharges before noon, something our colleagues on 7 North have championed well. In this role, I hope to continue to grow professionally and help make 6 North the best unit it can be. For me it has been a great start.” 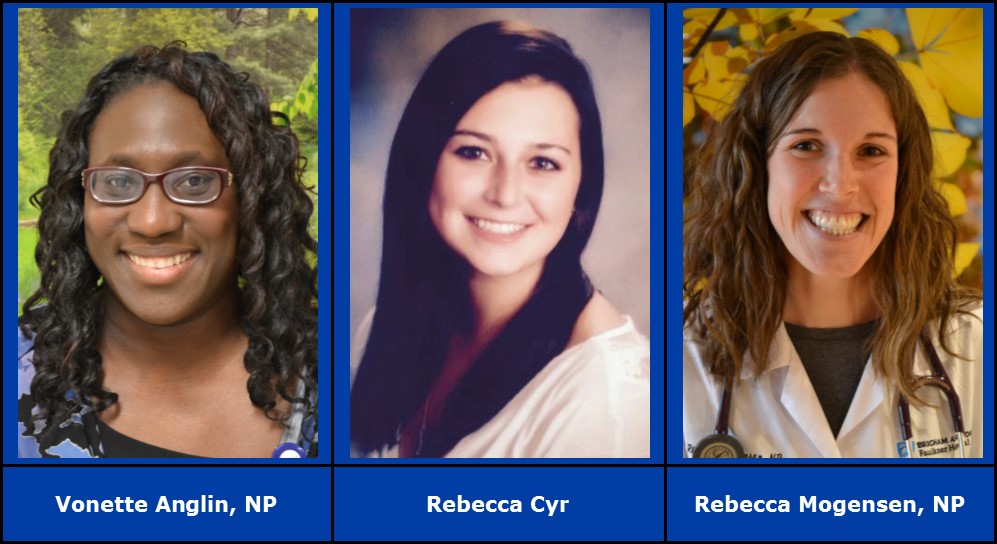