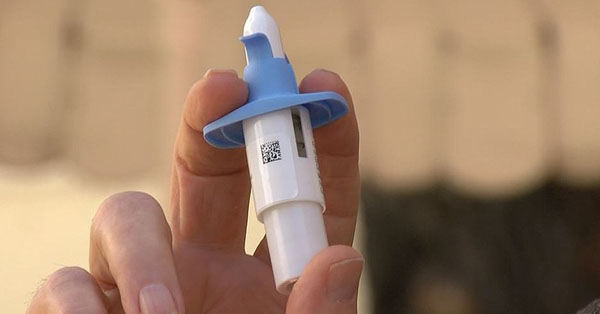 Esketamine nasal spray is a prescription medication used to treat refractory major depressive disorder. The medication is intended for patients who have tried and had an inadequate response to standard antidepressant medications, electroconvulsive therapy, and/or transcranial magnetic stimulation.

“As a person experiences an inadequate response to sequential anti-depressants, the likelihood the next will work decreases,” says Benjamin Yudkoff, MD, MA, the clinical leader who manages eligibility consultations and the prescribing of the medication. “Esketamine offers a modality of treatment for people who have had an inadequate response to standard anti-depressants and other neurotherapeutic treatments of depression.”

BWFH is one of only a few healthcare facilities in the Boston area to now offer the esketamine nasal spray. The treatment is the first novel antidepressant medication to gain FDA approval in decades.

Esketamine is administered in the outpatient infusion clinic where treatment effects are monitored.  Fifty to 70 percent of patients will have a clinically significant response to the treatment, but it may not categorically resolve depression. “People should think about this as being part of the broader tapestry of recovery,” says Dr. Yudkoff. He states that continuing to take regular medication, going to psychotherapy, and incorporating other depression treatments are still critical to recovery.

To make an appointment, a patient must be referred by a psychiatrist or psychiatric nurse practitioner, be over 18 years old, be medically healthy enough to have treatment, be abstinent of substance use for at least six months if a patient has a co-occurring substance use disorder, and have an adult family member or friend as a ride home post-appointment.

Dr. Yudkoff emphasized the hard work it has taken to make this treatment possible at BWFH. “This was an interdisciplinary lift that will advance care to people in need.”