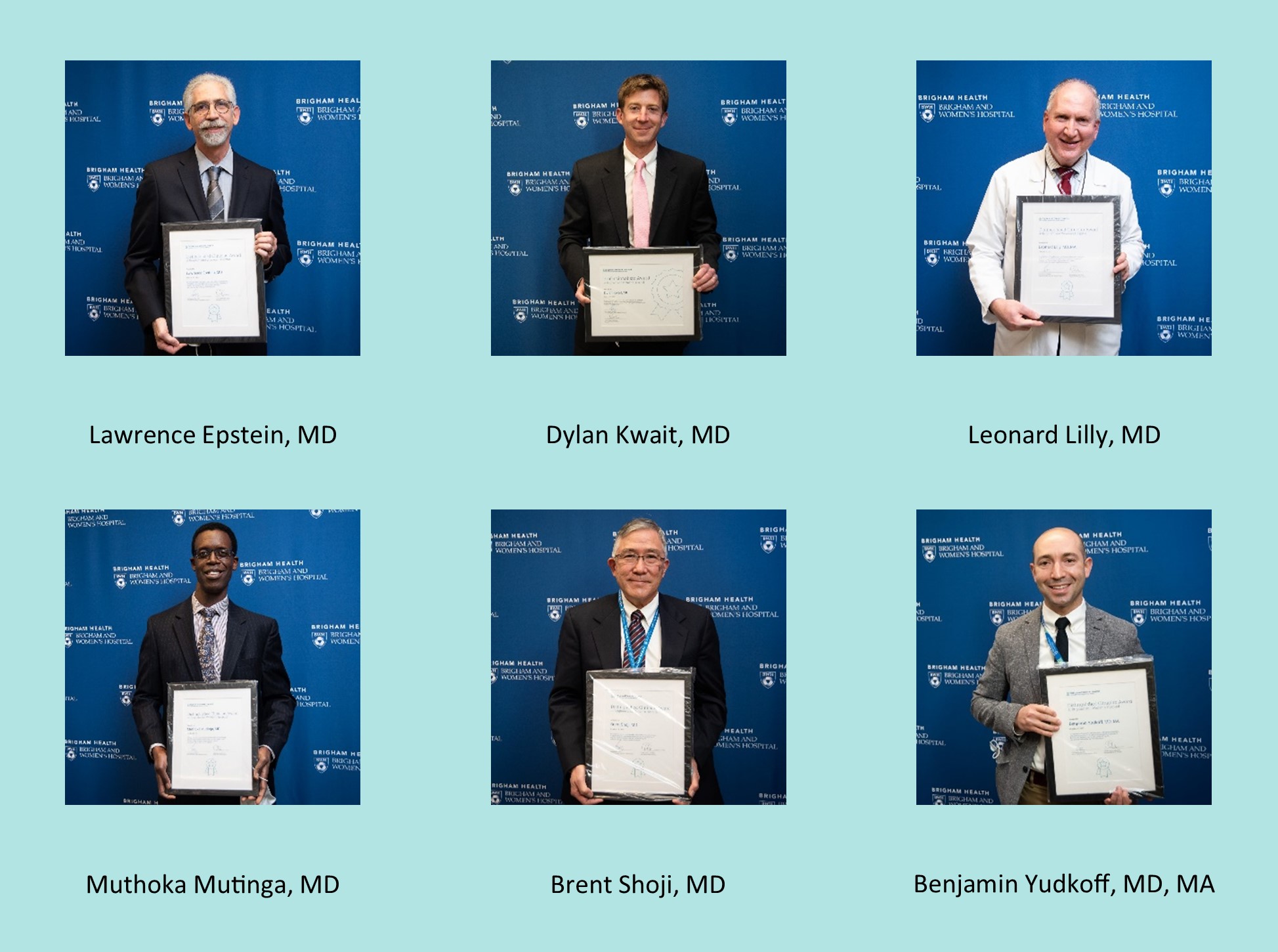 Each year, at their annual Medical Staff Meeting, Brigham and Women’s Hospital recognizes its most valued clinicians with its annual awards ceremony. The Distinguished Clinician Award is an honor reserved for the most accomplished and most widely recognized practicing physicians on the BWH staff. The Professionalism Award recognizes physicians who foster collaboration and teamwork, and promote an inclusive professional environment, supportive of the Brigham family’s core values, culture of respect and interest in the wellbeing of all employees. At this year’s event, several Brigham and Women’s Faulkner Hospital providers were among the honorees.

“It was an honor to be considered and to share the award with colleagues who I know to be great clinicians,” says Dr. Epstein. “It was also special to be honored during a year which really challenged our ability to provide the care we want to give. Hopefully it represents success in continuing to treat our patients with high quality care.”

Similarly, Dr. Lilly says, “It is particularly gratifying to be included among a group of such respected and admired clinician colleagues at BWFH and BWH. I greatly appreciate this kind recognition from BWH Cardiovascular Division leadership, the Department of Medicine and the hospital.”

Dr. Mutinga is thankful for his colleagues, saying, “I am truly grateful and honored to be a recipient of this prestigious award. This recognition would not have been possible without the consideration of wonderful colleagues and without the training and guidance of many great mentors.”

Dr. Shoji says, “I was completely surprised and humbled to receive this award from my colleagues. It is such an honor to be working with exceptional clinicians providing the best care for our patients.”

A similar sentiment emerges in Dr. Yudkoff’s thoughts on the honor. “In addition to being an extraordinary honor, the award represents recognition of the hard work of an interdisciplinary team of people who are dedicated to helping advance psychiatric practice and diminish suffering,” he says.

BWFH’s Chief of Radiology Dylan Kwait, MD, received the Professionalism Award. Of that honor, he says, “It was an honor to be nominated by my colleagues in the Department of Radiology, and I am humbled to have received this award. I am profoundly grateful to my mentors for their guidance, support and exemplary leadership. So many talented people call the Brigham family and MGB system home, and it is an absolute privilege to be part of this community.”