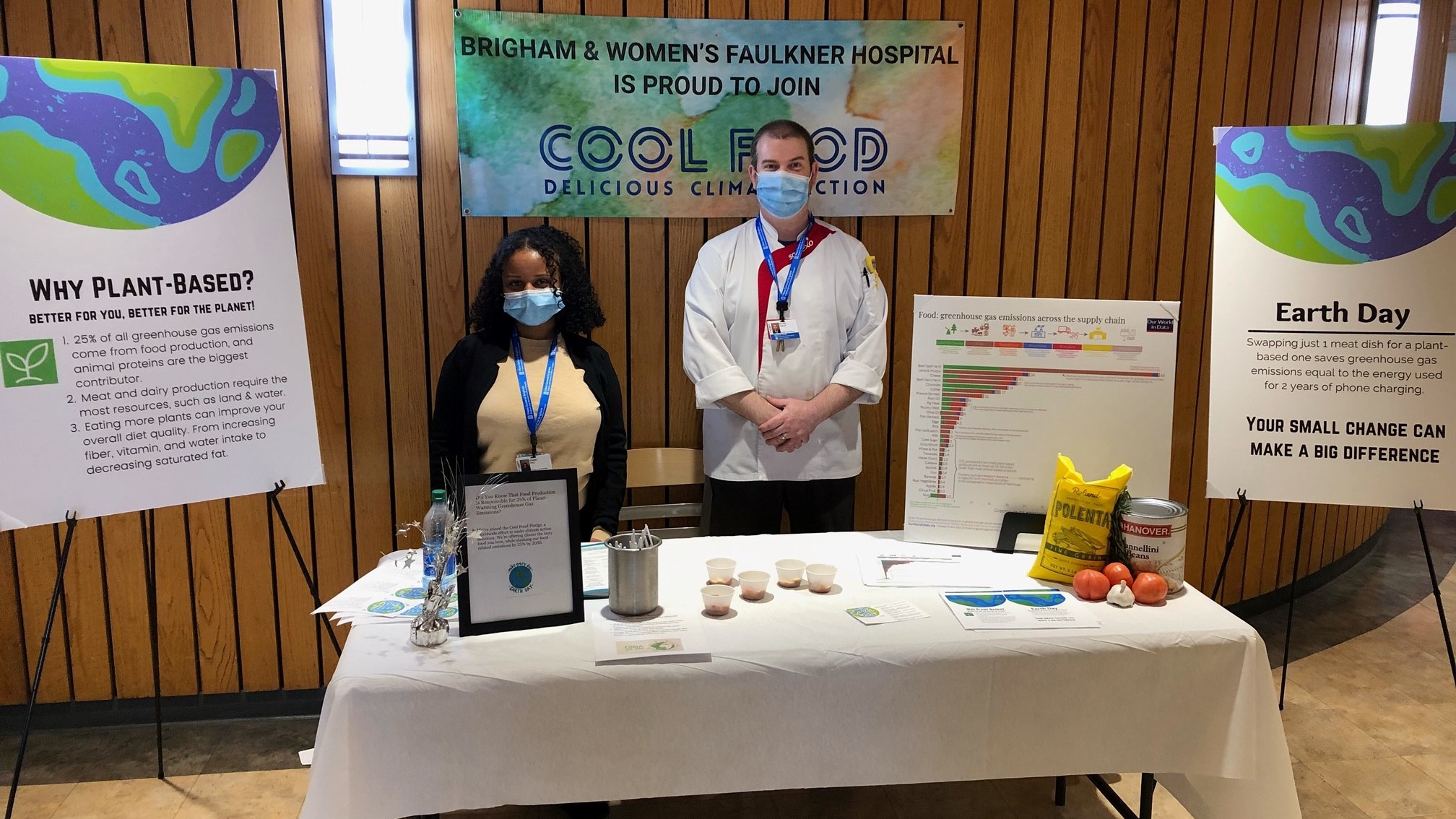 Brigham and Women’s Faulkner Hospital’s Food and Nutrition Department has committed to serve more climate-friendly foods through the Cool Food Pledge, a growing movement of workplaces, hotels, hospitals and restaurants aiming to slash food-related greenhouse gas emissions by 25 percent by 2030. Groups serving almost a billion meals annually have already signed on to this initiative.

Working closely with World Resources Institute, which serves as secretariat of the Cool Food Pledge, BWFH’s Food and Nutrition Department will continue to promote and feature a number of plant-friendly menu items and increase offerings. These include menu options such as Cannellini and Roast Plum Tomato Ragout featured on Earth Day on both the cafeteria and patient menus.

“Climate change is a significant health crisis. Institutional food service impacts this on a number of fronts including the foods we menu, our food waste and the energy and resources used to get the food from the farm to our customers,” says Susan Langill, RD, Area General Manager for Brigham and Women’s Faulkner Hospital’s Food and Nutrition Department. “Reducing greenhouse gas emissions through strategic menu offerings is imperative, and it’s the right thing to do for the health of our patients and customers.”

“Agriculture accounts for a quarter of all greenhouse gas emissions. To avoid the worst impacts of climate change, people have to eat differently. It’s that simple,” says Edwina Hughes, Head of Cool Food at World Resources Institute. “The groups signed on to the Cool Food Pledge are showing that dining is where sustainability efforts come alive. It’s incredibly exciting because the potential impact is huge.”

Recently published data indicates that if current pledge signatories collectively hit the 25 percent reduction target by 2030, it would reduce annual food-related emissions by the equivalent of taking roughly 285,000 passenger vehicles off the road.

To learn more about the Cool Food Pledge and how it works, click here.