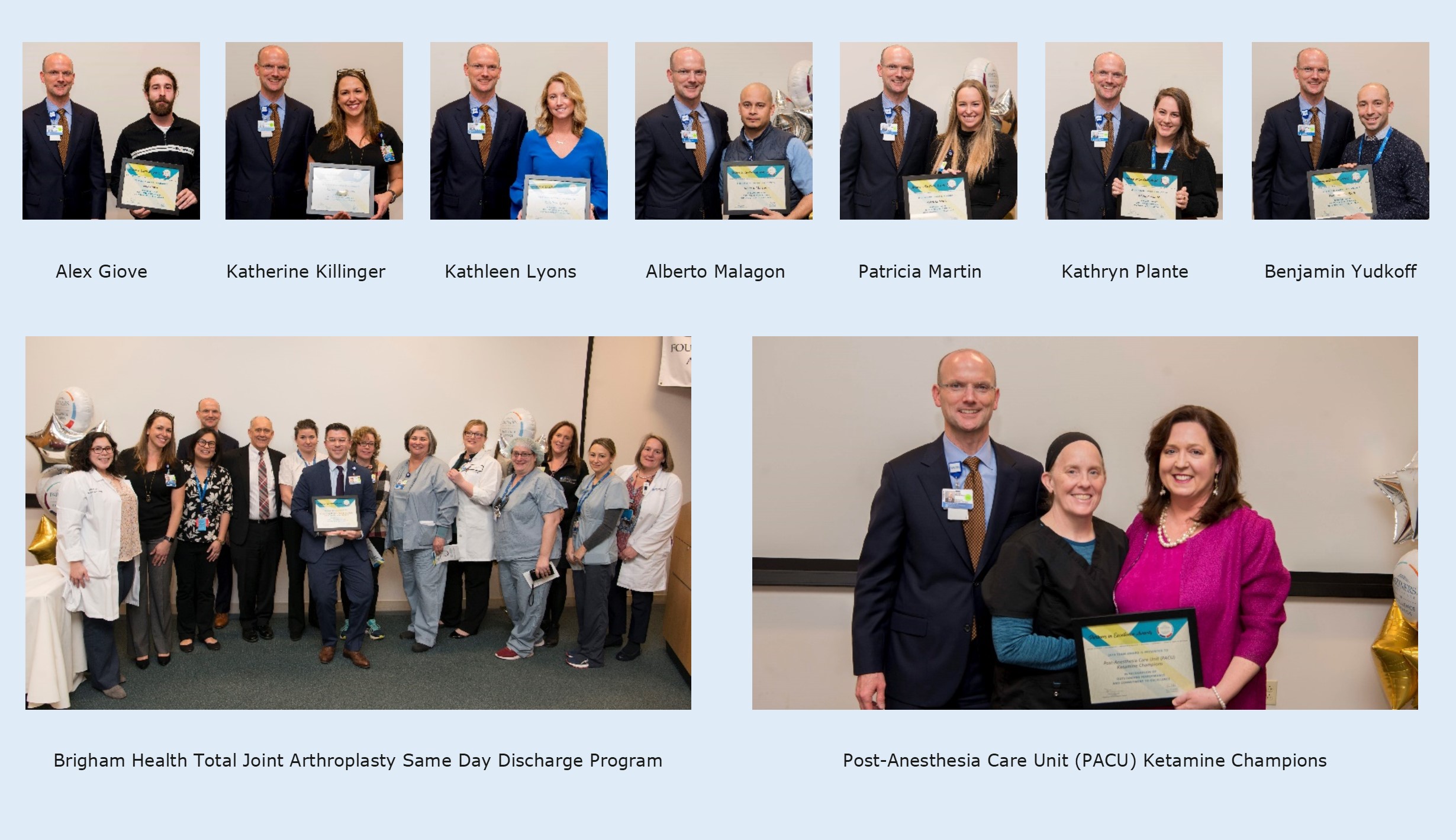 At the 24th Annual Partners in Excellence (PIE) Award Ceremony at Brigham and Women’s Faulkner Hospital, those staff members who go above and beyond were honored for their commitment to our patients, their families and each other. This year, seven individuals and two teams from BWFH received PIE Awards.

“It’s important for us to celebrate ourselves,” said BWFH President David O. McCready. “We all work hard to take great care of our patients and one another, but today we celebrate those who have gone above and beyond this year.”

For this year’s recipients, the afternoon was truly special.

Community Health Program Coordinator Katie Plante, who received an individual award, says of the honor, “It really means a lot to know that my efforts are appreciated. This award is also very indicative of the support and commitment of all of us who work together in community health.”

Chief NP of the Orthopaedic and Spine Surgery Service Katie Killinger, MSN, RN, CNP, says she was shocked to received PIE Awards in both the individual and team categories here at BWFH, as well as for her participation on a Partners network team. For Killinger, achieving excellence is in large part about achieving strong working relationships. For example, “the success of Total Joint Arthroplasty Same Day Surgery Program is a direct reflection of how all teams came together to accomplish a common goal,” she says.

Following the ceremony, winners and guests were invited to a reception in the Mary Ann Tynan Conference Center where a variety of pie was served. To see more photos from the event, visit BWFH’s Facebook page.

In addition to the individuals and teams recognized at BWFH’s PIE Award Ceremony, additional staff members were also recognized for their participation on Partners network teams: