BWFH Director leads inside and outside the hospital 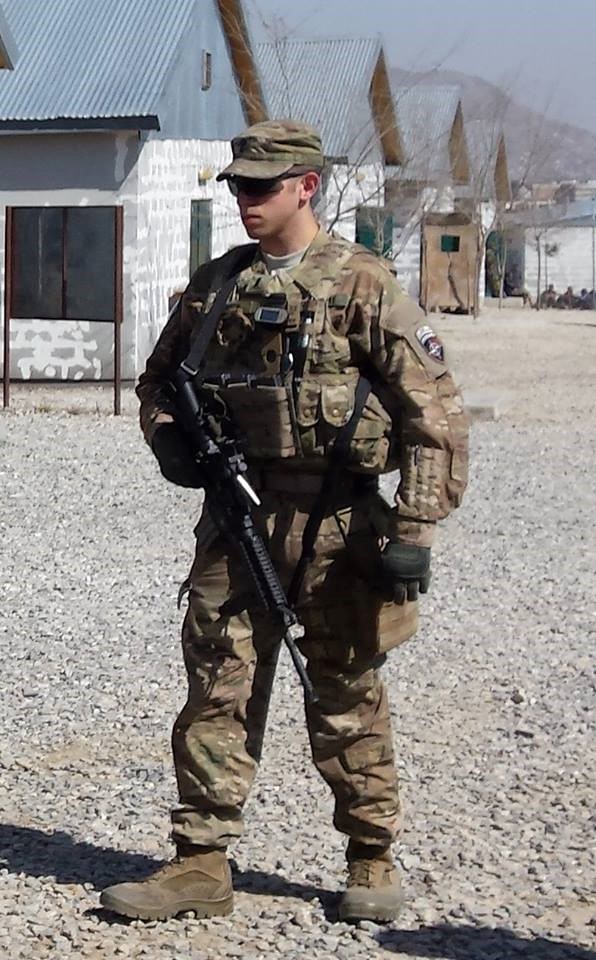 Ben Pariser in Afghanistan in 2014.

Ben Pariser, Director of Non-Invasive Testing at BWFH, recently returned from 30 days in South Carolina where he commanded a company of trainees: 240 18 to 35 year-olds starting basic training in the US Army.

Pariser is currently serving as a company commander of a unit of drill sergeants in the United States Army Reserve.  He is a Captain and has been a reservist for the last ten years. Pariser graduated with an undergraduate degree in Political Science from Brandeis University and soon after joined the Army. “I was always pretty patriotic – I was in eighth grade when 9/11 happened and I think for a long time I just watched these wars go on and on and on and wanted to just sort of do my part,” he explains. “I had also grown up not terribly physically fit so part of it was maybe wanting to see if I could get fit and challenge myself to do it.”

Pariser was stationed in the United States until he was deployed to Afghanistan from 2014 to 2015. It was in Afghanistan that Pariser realized he wanted to go back to school to get a graduate degree. Two years later, he started at BWFH as Operations Coordinator for the ICU and 6 South, then became the Operations Manager for the Department of Nursing, and eventually Director of Non-Invasive Testing. Working at BWFH helped him realized that a business degree was the way to go.

He enrolled in a Master of Business Administration program at Boston University in 2017 and will graduate this December. Pariser notes the relevance of this degree. “A lot of the Army is business and logistics – a lot of moving pieces, and working cross-functionally to achieve a goal,” Pariser says, “an MBA seemed like a natural fit.”

His schedule is hectic between a full-time director position, graduate classes, and Army Reserve responsibilities. Pariser explains the misconception of an army reservist – this idea that all serve just one weekend a month and two weeks in the summer. The work is position dependent, but he and the two others in his command team spend a lot of time between drill weekends doing hours of coordination, administrative work, and planning. “Prioritizing is a piece of it – knowing when to turn down other potential commitments,” he says. “To try to do it well, you have to really care and put it ahead of other things that you might rather be doing. It takes a lot of time and takes me away from family and other life events consistently.  Without a strong support system – my wife and parents in particular – I would flounder.  When you’re in the military, your family is in it, too.”

The schedule juggling is worth it to Pariser, however. “It’s just really fun. It’s a different environment from anything on the civilian side.  You get to go places and do things that just don’t exist elsewhere. Anywhere you go, you automatically have an entire group of brothers and sisters you can relate to.”

This Veteran’s Day, we’d like to salute those members of our staff who are actively serving or have served in the United States military. Here are current BWFH employees who have self-identified with Human Resources as Veterans. Thank you for your service!