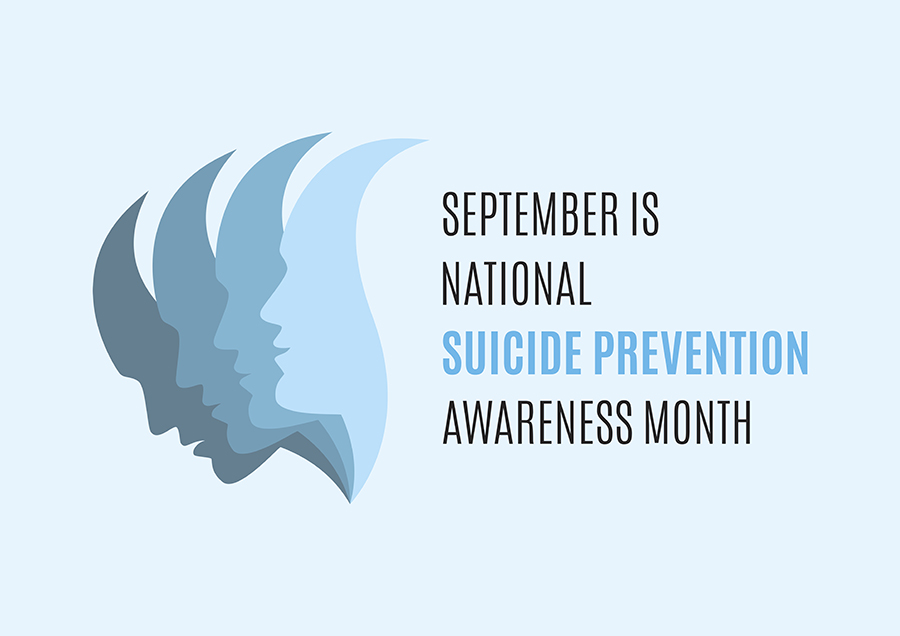 September is National Suicide Prevention Month—a time to break the silence and raise awareness about suicidal thoughts and how to help those who have them.

According to Brigham and Women’s Faulkner Hospital’s Chief of Psychiatry and Vice Chair for Community Psychiatry at Brigham and Women’s Hospital John Fromson, MD, suicide is the tenth leading cause of death in the United States and is most common in older men. But suicide knows no barriers and can affect people of all ages and genders across racial, ethnic and socioeconomic lines.

“The strongest risk factor for suicide is a previous suicide attempt,” explains Dr. Fromson. “But there is also a strong connection between suicide and mental health issues like depression and alcohol misuse. Also, those who experience conflict, disaster, violence, abuse, loss or a sense of isolation are more likely to have suicidal behavior. Finally, suicide rates are also high amongst vulnerable groups who experience discrimination, such as refugees and migrants, indigenous peoples, LGBTQ+ individuals and prisoners.”

Dr. Fromson stresses the need to immediately help connect any person experiencing suicidal thoughts with the resources they need. “Even if a person has no known psychiatric symptoms, any talk of suicide should be taken very seriously,” he says. “Individuals expressing suicidal thoughts need to get professional help. Their thoughts should be managed through regular follow-up and appropriate psychological therapy. For those individuals with symptoms of a mental illness, they may require medication to manage their condition.”

For those of us who love or care for individuals experiencing suicidal thoughts, Dr. Fromson advises ensuring a safe environment. “It’s important to remove firearms and other potentially dangerous items,” he says.

If you or someone you know is in an emergency, call The National Suicide Prevention Lifeline at 800-273-TALK (8255) or call 911 immediately.