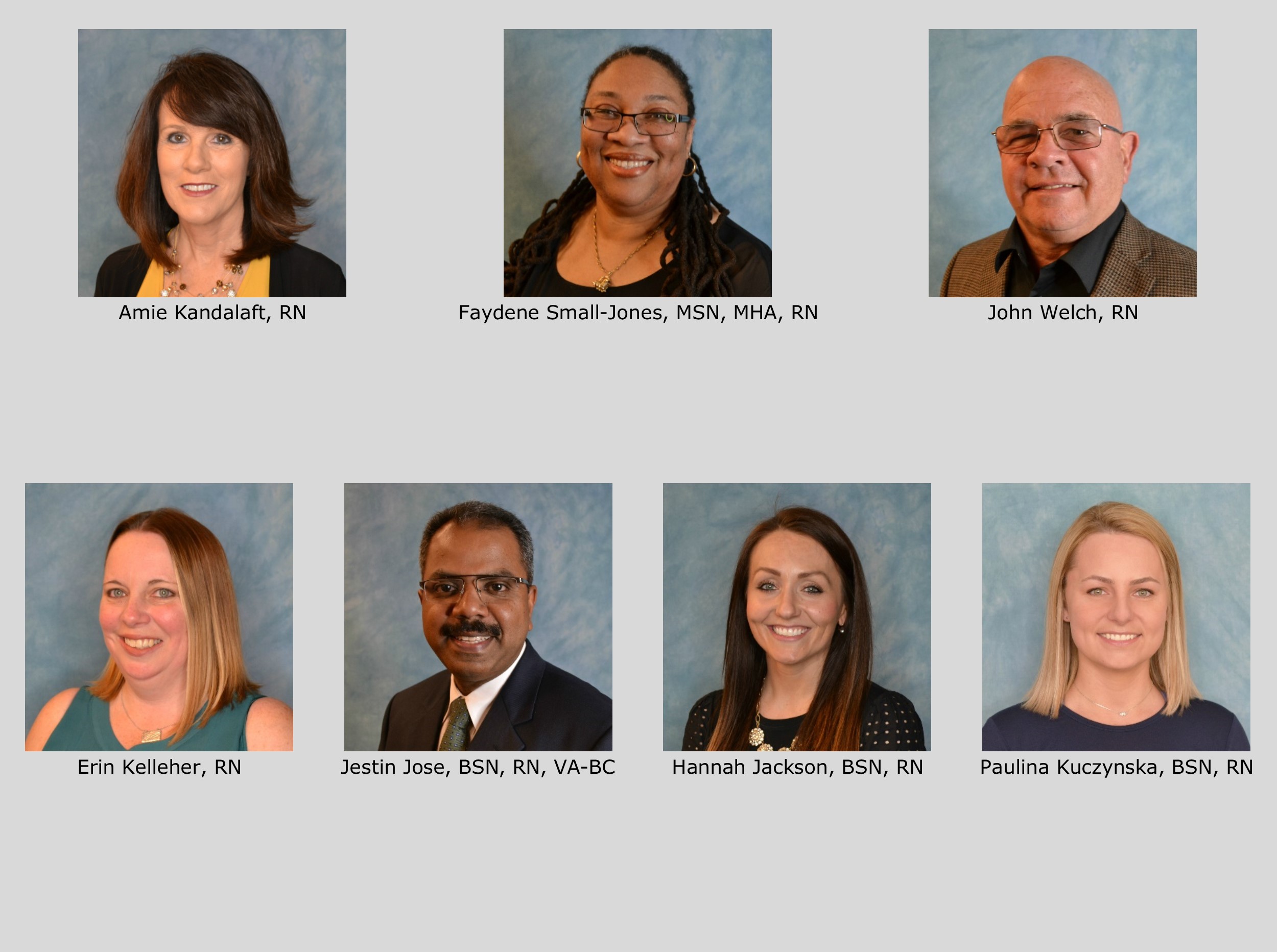 Each year, as part of its National Nurses Week celebration, Brigham and Women’s Faulkner Hospital celebrates its nurses with awards recognizing excellence in critical thinking, commitment to patient teaching, continuing education and outstanding delivery of patient- and family-centered care with compassion and dignity. This year’s winners are just a few examples of the amazing work being done within the Department of Nursing on a daily basis.

On hand at the Nurse Recognition Awards ceremony was Chief Nursing Officer and Vice President of Patient Care Services Cori Loescher, MM, BSN, RN, NEA-BC, who thanked members of the Department of Nursing for the work they do to care for our patients and their families each and every day. “Honestly, the work that you do is exceptional,” she said.

To this year’s Nurse Recognition Awards winners who were nominated by their peers, she said, “It truly is an honor to be chosen by your colleagues who recognize that the work you do makes their practice special.”

BWFH President David O. McCready, MBA, MHA, also spoke, reflecting on his mother’s career as a hospice nurse. “It was emotionally challenging for her, but also very meaningful for her,” he said. “Seeing that forever sealed my admiration for your profession. I am one of your biggest fans and I appreciate the work that you do every day.”

During the presentation, Amie Kandalaft, RN, from the Pain Management Center was presented with the Mary Devane Award by Mary Devane’s daughter. The award was established in 1998 to be given to any member of Brigham and Woman’s Faulkner Hospital Department of Nursing (RN, PCA, UST, MHW, Secretary) in recognition of their commitment to delivering patient care with compassion, kindness and humor.

Faydene Small-Jones, MSN, MHA, RN, from the Gregory Endoscopy Centre received the Elaine Hazelton Memorial Scholarship Award. Elaine Hazelton’s family established this award in 2009 to be given to a nurse who demonstrates a dedication to Brigham and Woman’s Faulkner Hospital within the practice and advance of nursing. This recipient should be continuing his or her nursing education.

Members of the McAlarney family were on hand to present their award to John Welch, RN, also from the Gregory Endoscopy Centre. The Angela McAlarney Award was established in 2003 to be given to a member of Brigham and Woman’s Faulkner Hospital’s Department of Nursing in recognition of excellence in patient and family education.

Erin Kelleher, RN, also from the Gregory Endoscopy Centre, Jestin Jose, BSN, RN, VA-BC, from the IV Therapy Team, and Hannah Jackson, BSN, RN, from 2 South all received Mrachek Awards. The Mrachek Award was established in 1995 and is given to three members of Brigham and Woman’s Faulkner Hospital’s Department of Nursing in recognition of their clinical skills and to support their continuing education in the nursing profession.

The Newly Licensed Nurse Award was established this year and is given to a Newly Licensed Nurse hired in the previous 12 months at Brigham and Woman’s Faulkner Hospital in recognition of their personal and professional growth. The inaugural winner is Paulina Kuczynska, BSN, RN, from 7 North.

The Community Outreach Award was established this year and is given in recognition of a unit-based team or committee that has positively impacted a group or community outside of BWFH. The inaugural winner is the ICU Unit Based Council.

The Evidence-Based Practice Award was established this year and is given in recognition of a multidisciplinary unit-based team or committee with a project that contributes to evidence-based practice. The inaugural winner is the Gregory Endoscopy Centre.

To see the slideshow played at the event to celebrate all of BWFH’s nurses, click here. 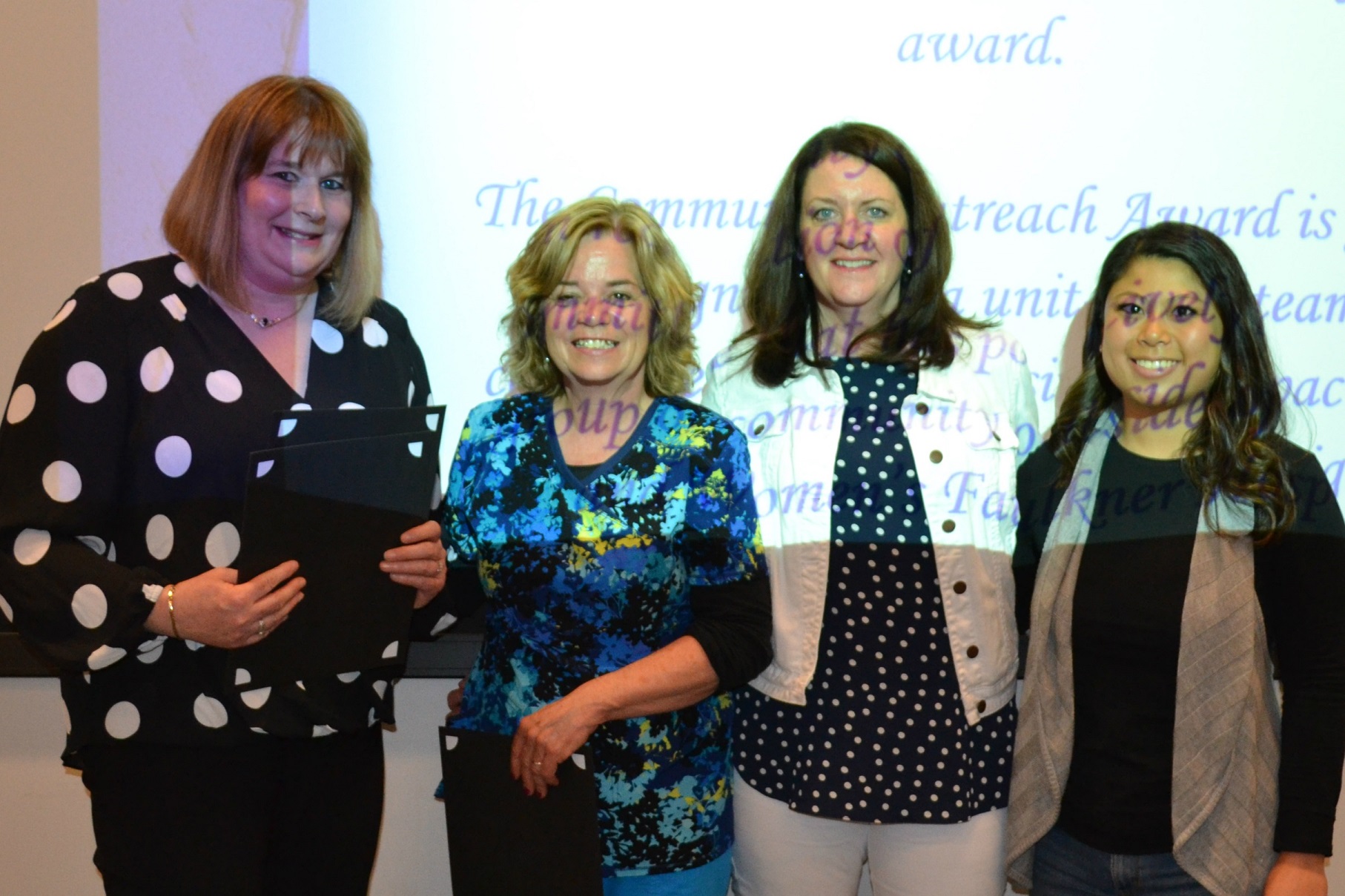 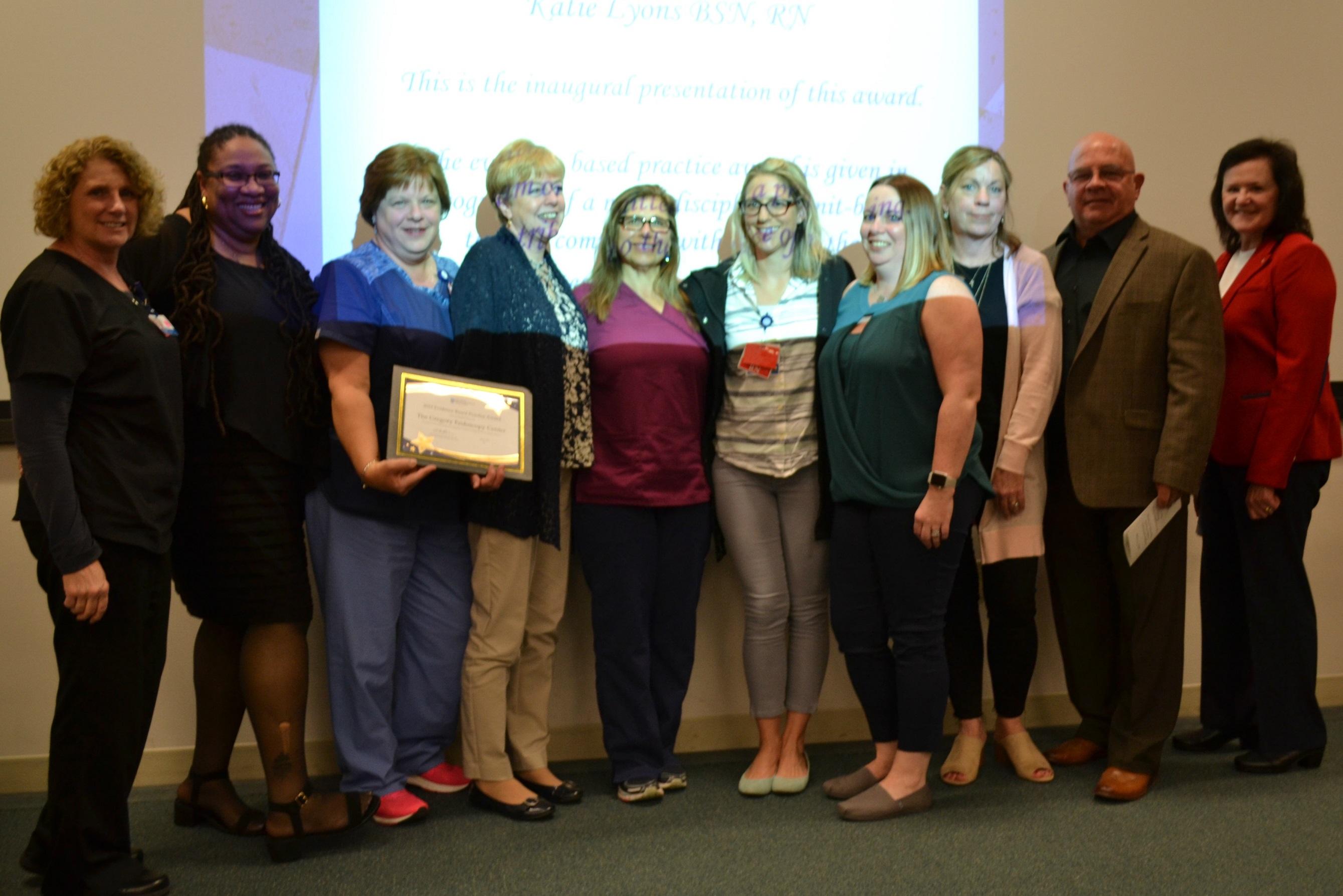