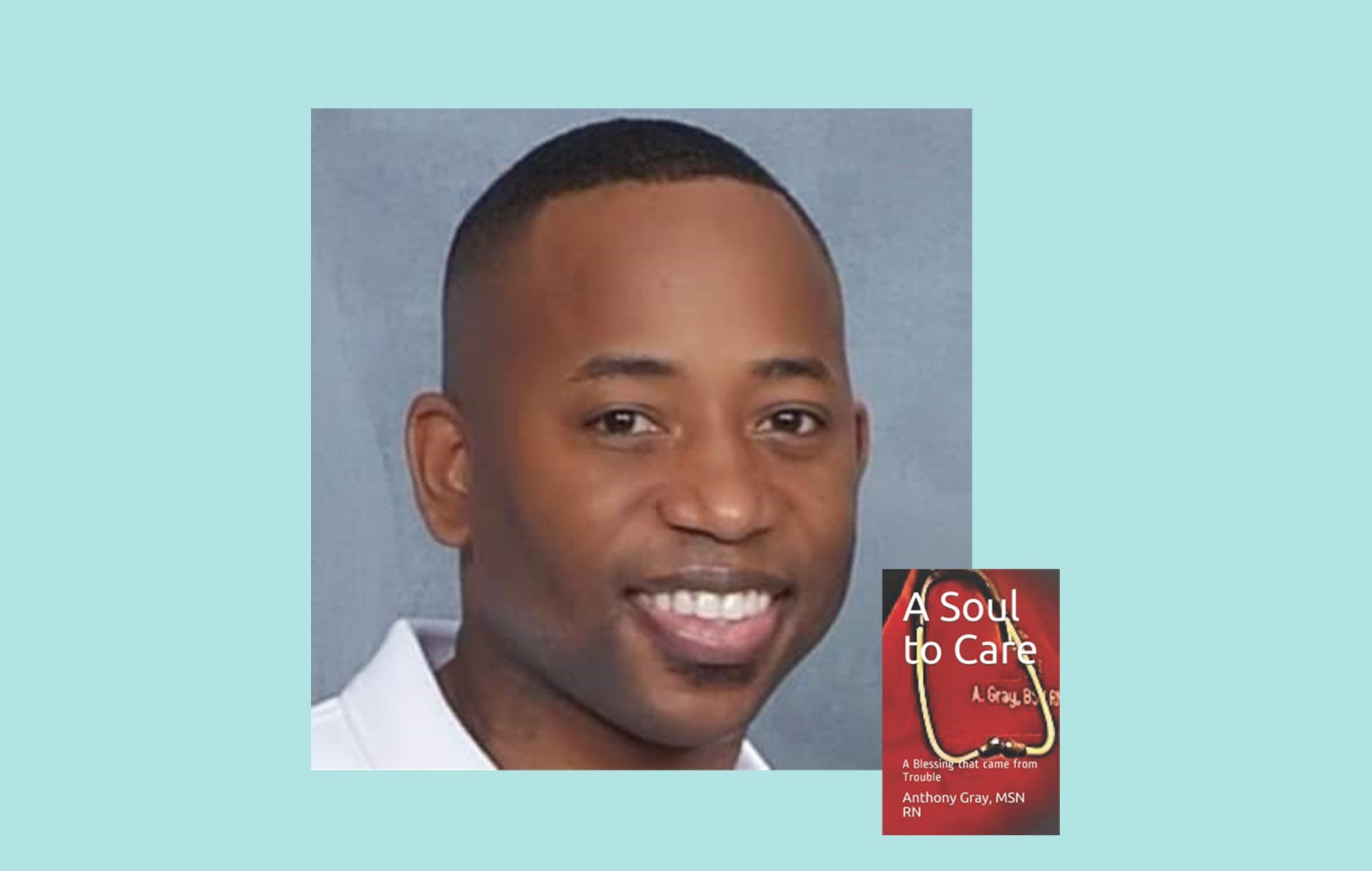 Anthony Gray grew up in Miami. His father, uncles and cousins were all involved in the drug game. For young Anthony, it was simply his culture’s way of life. Death and incarceration were considered normal. By the time he was a teenager, he too was a drug dealer. His mother left. He experienced incarceration himself. He lost friends to gun violence.

But then something changed.

Gray made the decision to take a different path—a path that would ultimately lead him to the Emergency Department at Brigham and Women’s Faulkner Hospital. Not as a patient, but as a nurse.

“Throughout my journey, I have kept my private life separate from my work life. Given my background, I have never shared too much with my colleagues,” he says.

In his new memoir, A Soul to Care: A Blessing that Came from Trouble, Gray candidly recounts his upbringing and the influences that led him on the path to a career in healthcare. His brave decision to share his story stems from a desire to encourage others to do the same.

Gray credits his grandmother for inspiring him to pursue nursing. “My grandmother was my hero,” he says. “She was a retired LPN and a retired schoolteacher. Her journey through life was not easy. She was born in 1926, so she experienced segregation at its core down South. She encouraged me to overcome the barriers I faced. She said life is not as hard now as it was when she was growing up. She said I had it much easier than she did and all I needed to do was apply myself and work hard to become someone in life.”

And that’s just what he did. When he left incarceration, Gray got his GED and became a licensed EMT by the age of 18. By 24 he had earned his BSN. “I always knew I was going to go back to school for my MSN,” he says. “I wanted to get more involved with research and community assignments. I am passionate about the public health crisis that is young black males dying prematurely from gun violence by other young black males.”

Gray moved to Boston in 2012 and began working in the Emergency Department at BWFH in 2019. “I love ED nursing. I like the teamwork and the organization here at BWFH. I also just like being a nurse and serving the community,” he says.

Gray is particularly interested in helping patients with behavioral health issues and substance use disorder in the ED. But his true inspiration comes from giving back to the community. In fact, he is currently developing a forum, “Smartest Gangster,” aimed at encouraging young black men in Miami to put down their guns and change their lives.

A Soul to Care: A Blessing that Came from Trouble by Anthony Gray, MSN, RN, is available to purchase on Amazon and Target.