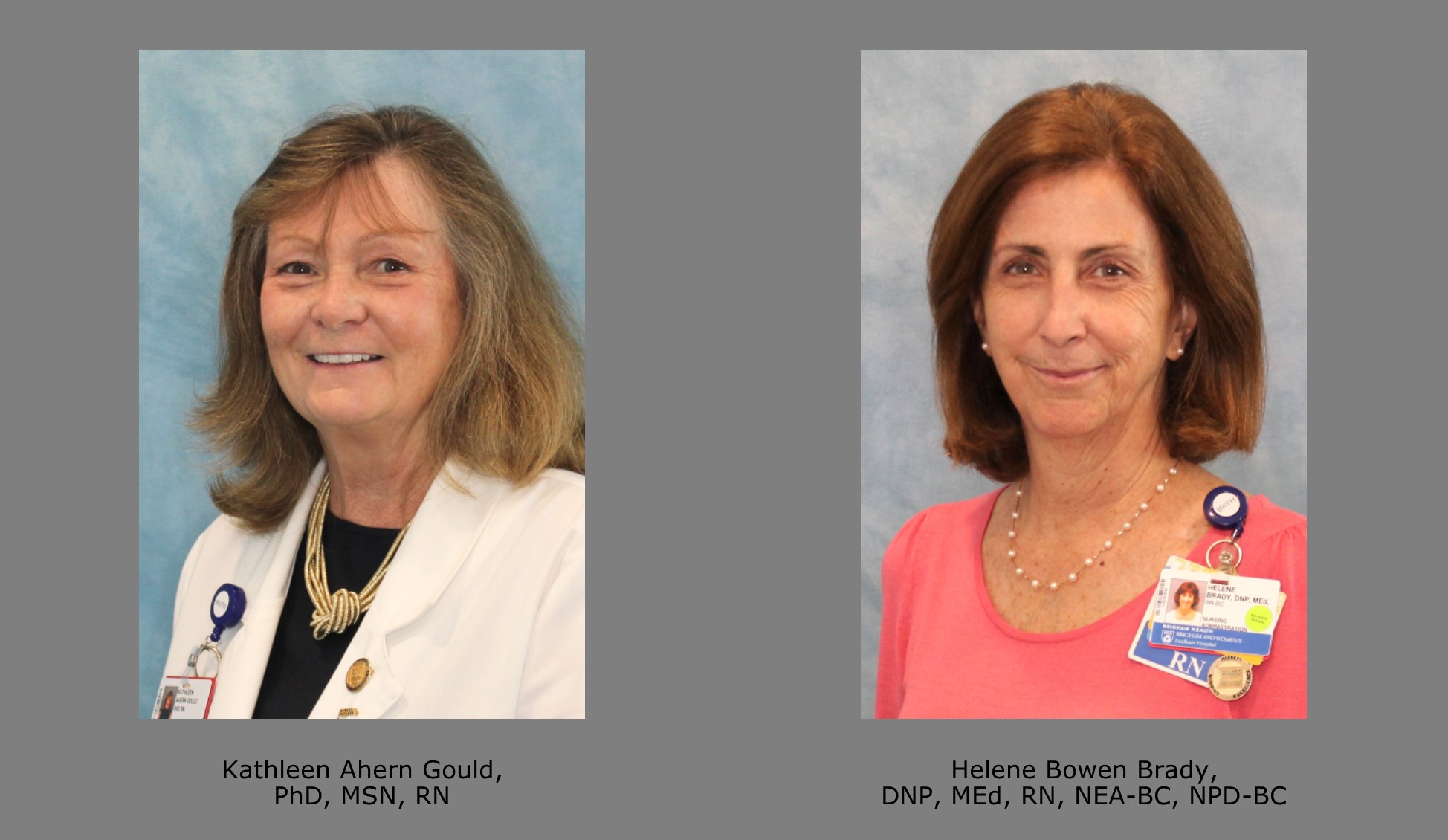 As part of its journey toward ANCC Magnet® recognition, Brigham and Women’s Faulkner Hospital has long employed a nurse scientist to support evidence-based practice and research, including the design and conduct of scientific studies, the collection and analysis of data and the dissemination of findings. Recently, the organization recruited Kathleen Ahern Gould, PhD, MSN, RN, to join Helene Bowen Brady, DNP, MEd, RN, NEA-BC, NPD-BC, as nurse scientists. Both nurse scientists bring a unique set of skills and, within this new model, will provide seamless support to the Department of Nursing.

Gould studied nursing at St. Elizabeth School of Nursing and began her career in critical care. A life-long learner, she later earned a BA in Education/Psychology at Emmanuel College and an MSN at Anna Maria College. In 2009, she completed her PhD in Nursing Research at Boston College. Gould has had a long career as both an educator and an editor. In addition to her role at BWFH, she serves as Editor in Chief of the journal Dimensions of Critical Care Nursing and as an adjunct faculty member at Boston College.

Bowen Brady has spent much of her life at BWFH. In fact, she was born here! She began her nursing career as a nursing student at St. Vincent’s School of Nursing and later earned her BSN at Boston College. As a new nurse, she worked at the bedside at BWFH before moving on to roles in community health and school nursing. Like Gould, Bowen Brady is a lifelong learner, she went on to earn her MEd at Cambridge College and her DNP in Leadership at Regis College. In addition, she holds two national nursing specialty certifications. She returned to BWFH in 2007 as the Nurse Educator for 6 North. Over the years she has held numerous leadership roles including Program Manager for Professional Practice/Magnet Designation and eventually the role of Associate Chief Nurse of Practice and Innovation prior to her transition to nurse scientist. Bowen Brady is recognized for her leadership in establishing the foundations required for ANCC Magnet designation. This foundation continues to support excellence in BWFH’s nursing practice environment.

Both Gould and Bowen Brady are excited to share the work of nurse scientist. “My role as the DNP is to help implement the evidence and the research that has been done. Kathy’s role as the PhD is to support nurses to design and conduct new research studies,” explains Bowen Brady.

For Bowen Brady, the culture at BWFH is what has kept her here over the years. And for Gould, it’s that culture that drew her to her new role. “I am so impressed with the level of engagement here. So many nurses participate in conferences and poster presentations, belong to professional organizations and hold certifications,” she says. “For someone like me, it’s really easy to step into a system that’s already functioning at such a high level.”